We are excited to share the film, Driving with Selvi, with you – a powerful story about South India’s first woman taxi-driver. It is a story of struggle, courage, hope, persistence and transformation.

This is a story that can spark a change in someone’s life. -Zainab Salbi, Founder, Women for Women Int’l 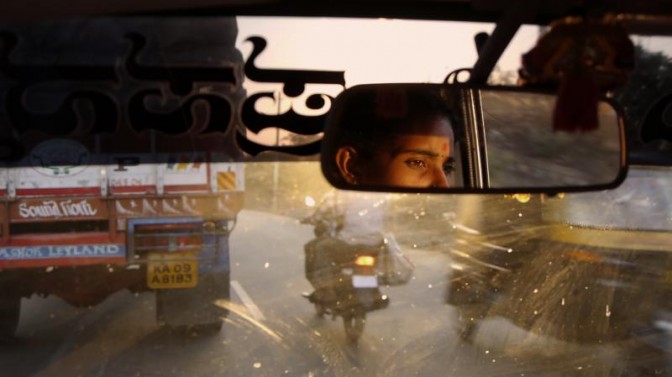 Selvi, like so many girls living within India’s patriarchal culture, is forced to marry at a young age, only to find herself in a violent and abusive marriage. One day in deep despair, she chooses to escape, going to a highway with the intention of throwing herself under the wheels of a bus. Instead she gets on the bus, choosing to live… and goes on to become South India’s first female taxi driver.

We first meet 18-year-old Selvi at a girls’ shelter in 2004 – timid, soft-spoken, a fresh runaway from a difficult life. Over a ten-year journey, we see a remarkable transformation as Selvi finds her voice and defies all expectations – learning to drive, starting her own taxi company, leading seminars to educate other women, and much more.

This character-driven story highlights the challenges that millions of devalued women and girls in India face. In a society where women are often considered expendable or worthless, Selvi refuses to accept this estimation for herself, moving beyond the pain she’s experienced to create an entirely new life. 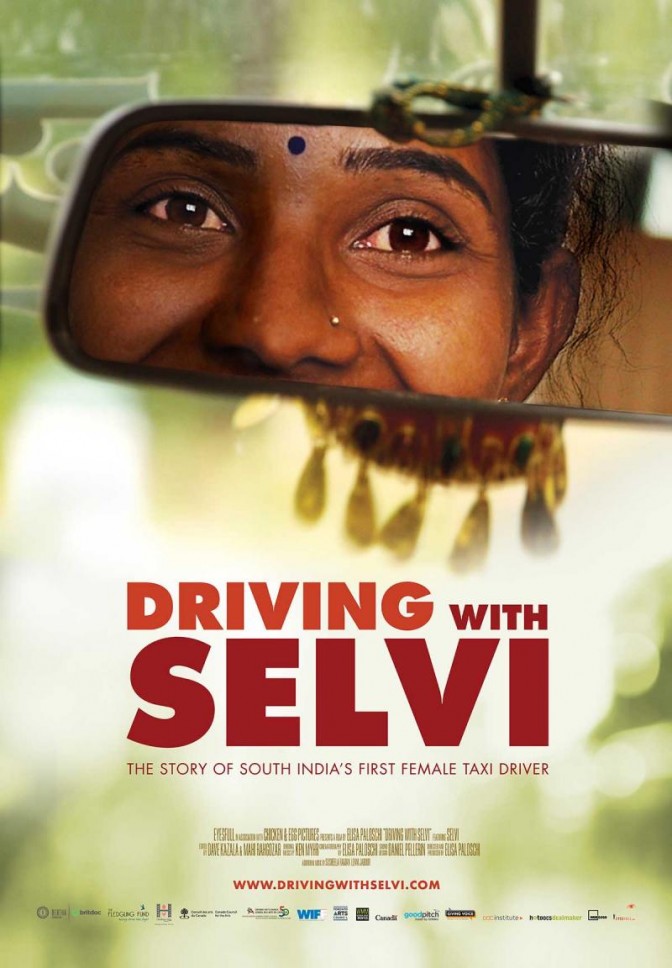 Through Selvi’s eyes, the audience is taken on an intimate journey of healing, overcoming obstacles, and fulfilling dreams. And throughout this journey, Selvi’s unwavering spirit shines through. Wildly charming (without even realizing it), remarkably strong, and utterly courageous, by the end of the film Selvi speaks almost as a sage or our wisest teacher, sharing important, hard-won secrets about happiness and life. {Synopsis referenced from film website.}

“I was married when I was 14.
And my husband used to abuse me badly.
I thought it was better to kill myself than to stay,
but then I realized that if I were dead,
I wouldn’t be able to prove myself.
There’s no rule in India that women must keep on suffering.”
-Selvi, as quoted in the film

I believe in the power of the voice of women…I raise up my voice-not so I can shout but so that those without a voice can be heard…We cannot succeed when half of us are held back.” -Malala Yousafzai

For those of you in Denver, we invite you to join us for a screening of the film on January 31, at the United Nations Association | Denver film festival held at the Sie Film Center {2510 East Colfax, Denver, CO  80206}.

I am honored and delighted to participate in the panel discussion following this film to share empowering, inspiring and hopeful stories from sisters and brothers in our Seeds kula {community} who are living and working in Nepal and India towards the freedom and flourishing of women and their families. Hope to see you there, friends.

Click here for tickets and check out the rest of the extraordinary film line up | January 31, 2016:

For those outside Denver, click here for a list of Selvi screenings and here to host a screening.